Siona O’Connell (PhD) is a  Professor in the University of Pretoria’s School of the Arts. Until recently, she was the NEH Professor of the Humanities  in Africana and Latin American Studies, Art and Art History and Film and Media Studies at Colgate University in the USA. She has  published widely, curated numerous exhibitions and directed and produced 7 films  that considers ways of life after  racial oppression in South Africa.  These include two on forced  removals and restitution, ‘An Impossible Return and ‘Uitgesmyt’ as well as a film on the African National Congress,  ‘Promises and Lies:  Fault Lines of the ANC’.

Her work pivots on  ideas of place, belonging and freedom with a specific focus on land restitution and restorative justice. Her forthcoming book, ‘Impossible Return: Cape Town’s Forced Removals’ will be launched by Kwela Books later this year.

As a scholar-practitioner, I  am interested in ways of life of the racially oppressed in South Africa, drawn towards understanding how those who lived – and continue to live – on the margins,  forged lives of humanness in times of oppression. My contribution to CAST will be to focus on ordinary cultural practices that took place in homes, school halls, sports clubs, and  barber shops  amongst others, of people who were forcibly removed during apartheid. This endeavour will respond to an urgent need in South Africa, where the long reaches of a colonial, slave and apartheid past script a country of poverty and inequality. For me,  CAST is an opportunity to question history, understand the  impact of cultural practices  of the poor  and those who occupy spaces on the periphery,  in a further effort to imagine the unfinished business of  freedom in South Africa. 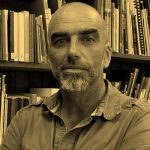