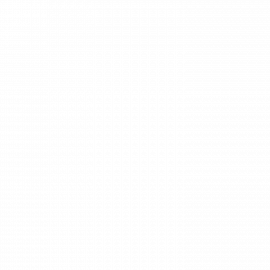 Nick Shepherd is Professor of Archaeology and Heritage Studies at Aarhus University in Denmark and an Extraordinary Professor at the University of Pretoria.  He is also currently Artist in Residence at the Reinwardt Academy of the Amsterdam University of Art. He was founding editor of the journal Archaeologies: Journal of the World Archaeological Congress. In 2004-5 he was based at Harvard University as a Mandela Fellow. In 2008 he was a Visiting Professor at Brown University, and in 2009 at the University of Basel. In 2015-16 he was a Distinguished Visiting Professor at Colgate University. He has published widely on questions of archaeology and society in Africa, and on questions of public history, memory and heritage. His books include the volumes Desire Lines; Space, memory and identity in the postapartheid city (2007), New South African Keywords (2008), and After Ethics: Ancestral voices and postdisciplinary worlds in archaeology (2014). His book The Mirror in the Ground: Archaeology, photography and the making of a disciplinary archive was published in 2014 to critical acclaim. His recent books include Arqueología y decolonialidad [Archaeology and Decoloniality] (2016), co-written with Alejandro Haber and Cristobal Gnecco, and a book of essays,  La Mano del Arqueologo: Ensayos 2001-2015. [The Hand of the Archaeologist: Essays 2001-2015].

I’m busy working on the synopsis of a project provisionally titled Paradise/ Paradys, which brings together stories of social dislocation and forced removal in South Africa, with experiences of Anthropogenic climate change and an objective loss of richness in the world (habitat destruction, the loss of biodiversity, the scarcity of key resources). The starting point for the project is an observation that when people talk about experiences of forced removal they so often refer to the world that has been lost as a kind of paradise – a recurrent trope from Elandskloof to Vermaaklikheid to Protea Village – in which their own youth is entangled with images of plenty, an unforced sociality etc. The idea with the project is to take a deliberately nostalgic/ elegiac frame to ask “what has been lost to us?” and “how do we find ways to speak about this?”.  These are important South African questions, but they are also important Anthropocene questions.  A further intention of the project is to bring together two conversations which have tended to run on separate tracks in South Africa, involving different casts of people: a conversation about social justice and historical restitution, and a conversation about the climate emergency. I see this as a kind of umbrella project, with space for multiple outputs: exhibitions, fiction, film, scholarly work, dance etc. 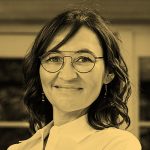